What Is a Network?

The network is a connected collection of devices that can communicate with each other. Networks carry data in many kinds of environments, including homes, small businesses, and large enterprises.(Network is a collection of the different components to share data and hardware resources) 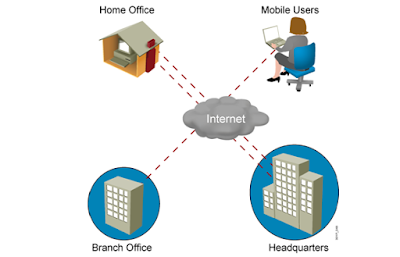 Common Physical Components of a Network

There is four type of physical components in a computer network.The computer, interconnections, switches, and routers.The major resources that are shared in a computer network include backup devices, data and applications, peripherals, storage devices, and.The most common network user applications include e-mail, web browsers, instant messaging, collaboration, and databases.
. 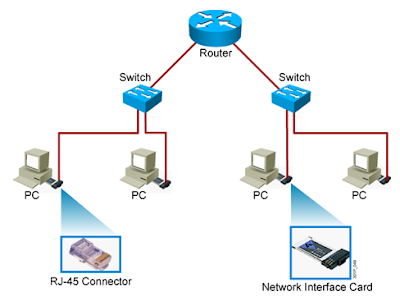 Networking means the way to configure a network or the way in which we can share data and hardware resources.

There are 2 components of  networking:-
(a) Topology
(b) Networking Model

(a) Topology means -
Ii means physical structure of a network.

There are different types of typologies:-

Point to Point  or  Peer to Peer Topology

It means 2 computers are directly connected.

Features :-
Maximum  10  computers are recommended
No fault tolerance or no redundancy

It means all the computers are connected to a single bus or single cable.
Features :-
Maximum  10 computers are recommended
It has fault tolerance
Speed is slow
BNC-T connectors (British Naval Connector)
Coaxial Cable
Terminators are used at both ends to absorb the waste signals and to stop collision by providing CSMA/CD (Carrier Sense Multiple Access / Collision Detection).

It means computers are connected in the shape of a ring or in circular design and signals will be flowing in the same direction, it can be clockwise or anti-clockwise.
Features :-
Maximum  10  computers are recommended
No fault tolerance
Speed is fast as compared to Bus and Point to Point topology because the token will be generated and create a session. 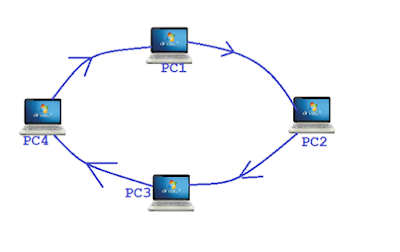 It means all computers are connected directly with each other.
Features :-
Speed is fast
It has fault tolerance
No limit for number of computers
It is costly or complex 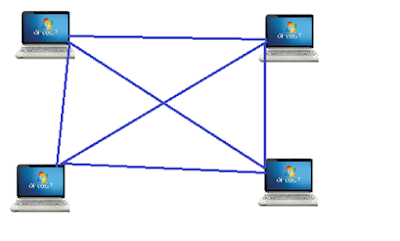 It means all computers are connected with centralizing devices like hub or switch.
Features :-
No limit of number of computers
Speed is very fast
It has better fault tolerance
Easy installation, easy maintenance, and easy troubleshooting. 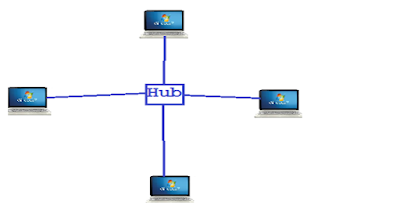 It means more than one-star typologies are connected or cascade.Features are same as the star topology.

Special or Hybrid Topology:
it is a combination of the different types of topologies.
For eg: -   We are using star and mesh topologies in same LAN.

Tree Topology:
it means the different departments are connected with a centralizing device like a switch.Features are same as star topology-

(B)Networking Model-
It means the logical structure of a network.There are 3 types of networking model:-

It means the dedicated server will provide service and client will only receive service.

2.Distributive or Peer-Peer Networking Model:
It means all computers can act as server and client.

3.Collaborative or Hybrid Networking Model:
It is a combination of centralizing and distributive networking models.