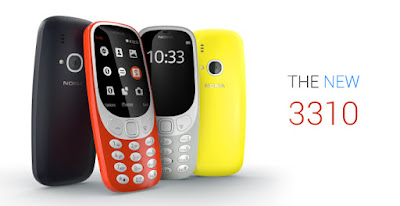 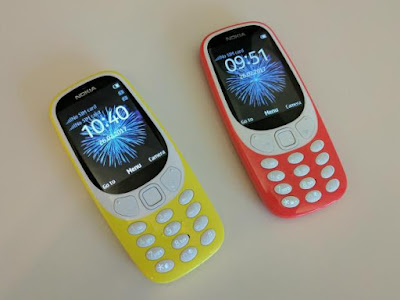 The new Nokia 3310 (2017) The handset comes with a talk time of 22 hours. The company claims that the battery will be a month-long standby time.With the Nokia 3310 is the return of the company's popular game Snake. The Nokia 3310 smartphone with a warm red and yellow color and glossy finish with matte finish will be available in dark blue and gray color.

Nokia 3310 like the old variants of the new variants also get tremendous standby time which is one of the important features of this smartphone key.In it you will find regular micro-USB port, the pin went charger is discharged.

Nokia 3310 is the return of the popular game Snake. The company said the new snake game is optimized for color screens. Went informed the Snake game will also be available through the Messenger app.

Nokia 3310 2-megapixel rear camera with LED flash. The 2.4-inch QVGA display. The handset comes with 2G connectivity and will run on OS Nokia 30+. Inbuilt storage is 16 MB and you can use a microSD card of up to 32GB. The battery is 1200 mAh. 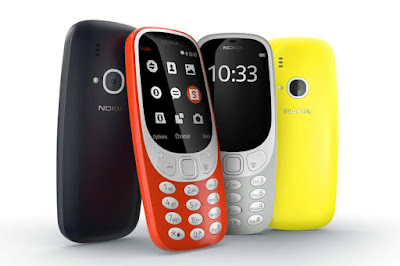